Remember July's no-buy? Well, it was so that I can shop to my hearts' content when I travelled to Atlanta early August, and this was my damage / splurge on make up products.

At CCO, I picked up MAC's Veronica's Blush. I swatched it at the store and really liked it but decided against buying it because I wanted to think it over. The next day I went back and purchased it. 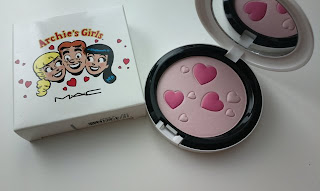 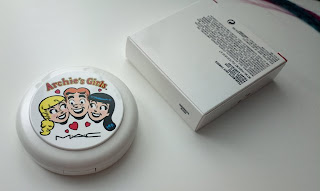 On the day I purchased the MAC blush, I visited an Ulta store for the first time and ended up with some RT brushes that I had not seen in Tdot (or when I did, it was not at the the price I wanted to pay.) I was so glad that they had both blush and powder brushes. At checkout, I also picked up this cute Bare Mineral Ready touch up veil in translucent, I thought that it would be awesome for on the go and it came with a tiny brush and clear makeup bag. 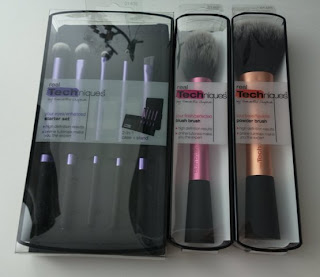 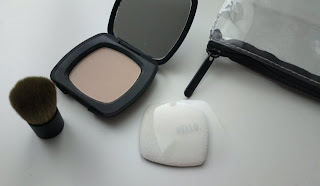 My last stop was at Sephora. Even though I have an overwhelming amount of eyeshadow palettes, I decided I needed to have the Urban Decay Naked Basic after hearing quite a few YT gurus raving about it. Alas, I now have all three UD Naked palettes.. Suckered~ I hope I won't regret it, as I have yet to test it out. I have my doubts that it would be able to replace the Naked 1 palette. 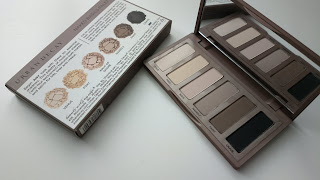 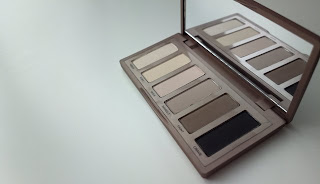 My next two products, were the only products on my to-buy list. The Hourglass Ambient Lighting powder in Diffused Light and its powder brush. I enjoyed Dim Light so much that I wanted to try the rest of the lighting powder, Diffused Light was the next on my to try list. I've tried it and to be honest, am not liking it as much as Dim Light. I will continue testing out with various foundations and see if I will come to like the result, will update! 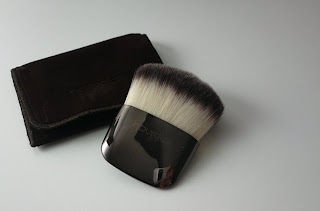 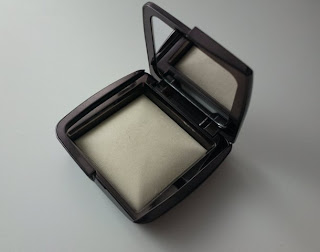 I did surprisingly less damage than expected, but I think it is partly due to the fact that I did not encounter any Chanel counters, else the Les Beiges powder, the Tan de Soleil bronzer and the CC cream would put me way over... Perhaps I can continue lemming over them and keep the money in my pocket a little longer~
Posted by ellaH at 12:07 PM No comments:

Underwhelming bag for me this month~ I try not to expect much from beauty subscriptions any more, but seeing how most people got the UD lipstick and the Smashbox photo finish primer, I had high hopes of getting either one. Unfortunately, it doesn't seem the majority. I just wish that Ipsy's distribution of products were more even, instead of having select 'super awesome' bags and 'mediocre' ones. It hardly seem fair. Of course, you can't satisfy everyone. With that being said, I did get one product I'm excited to try and the once again pretty bag seem to justify the $15+ that Canadians pay. 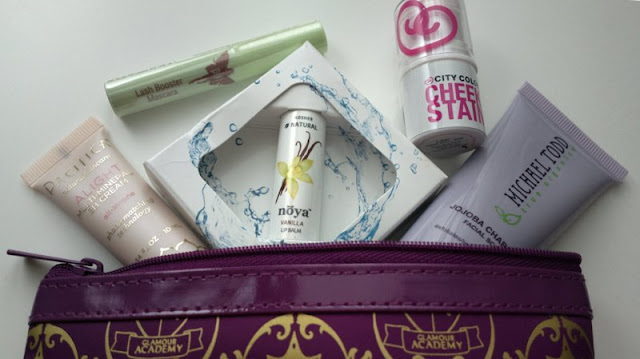 Here are the list of items in my purple Glamour Academy bag:
How lucky were you this month?