Last Saturday, was therapy day. It consisted of both food and retail therapy. Starting with time spent at MEC (Mountain Equipment Co-Op) where I grabbed this ubber handy MEC backpack (pictures found on their website here.) Day one and my hubby got plenty use out of it, my new bag and he got dips on it! Then we went to Sansotei for some ramen~ the eggs were delish and the soup was good. I do have to say that I enjoy Santouka's ramen and soup a little bit more ^_^
After food, we split up from the guys and proceed to go to Yorkville, got side tracked at Lush in Eaton centre and picked up a few goodies. My hairstylist told me, I need to take better care of my hair and that it was in dire need of a proper hair treatment for dryness and horrible split ends. The CSR suggested the R&B hair moisturizer as a leave-in treatment for treating dry hair. Being both desperate and impulsive, I didn't even bother doing some research on it first (shame on me) and purchased it. Luckily, the results seem okay so far and I'm happy to report that I need very little products and is already seeing some improvement (used three times already). At Lush, I also purchased a tub of the Mint Julips lip scrub.. The minty chocolate scent reminds me of After Eight, but the husband seems to think it smells more like marshmallows. 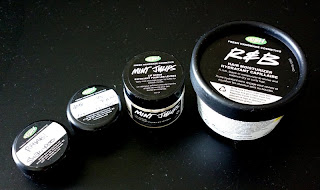 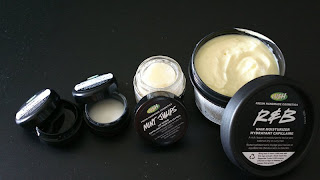 The CSR was so sweet to give both Moose and I samples of the Rehab shampoo and the American Cream.^_^

After our Lush purchase, we finally went to Holt Renfrew so that I can pick up this gorgeous piece... the reason why we were going to Yorkville in the first place. I had originally wanted to pick up the half zip continental in black but once my eyes was set on the red and pink interior, I knew it had to be mine. I always wanted to get myself a classic piece of accessory before I got married and it wasn't until 6 months after the wedding that I finally found the right one. :) Kelly from the Prada counter at Holt was extremely nice and polite. Went to the back twice to get me the exact wallet of my dreams~ It's currently still in it's box waiting patiently to be used~ 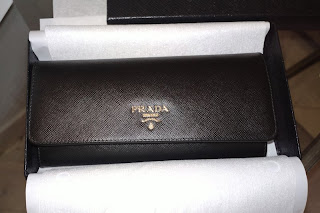 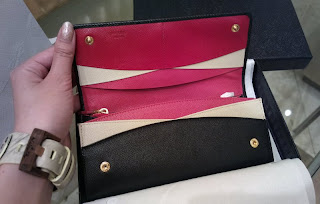 While at Holt, I stopped off at one more counter to make my last purchase of the day. And since I've been testing out the Jo Malone perfumes for the past 2 weeks, I decided it's time I got the English Pear and Freesia cologne along with the Wild Bluebell. I find this combination lovely and fresh. Robert was so kind to even give me more samples of the Nectarine Blossom and Honey. I think he's insistent that it goes well with the English Pear~ ^_^ 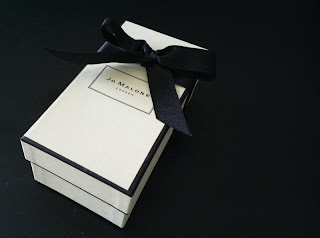 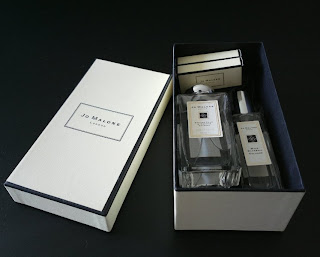 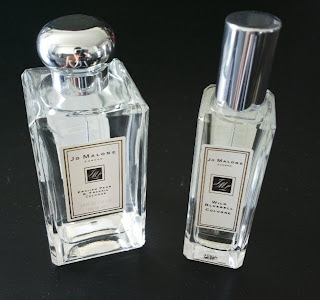 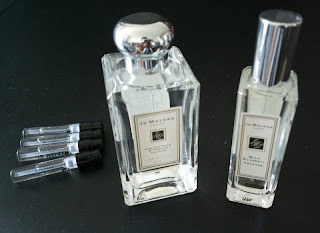 Before leaving Holt... Lee from the Clé de Peau counter made me a sample of their face cleanser (refreshing cleansing foam). I've used it a few times and I am currently having the dilemma of keeping the 70$ in my pocket or splurging.... What's the verdict? to be continued... 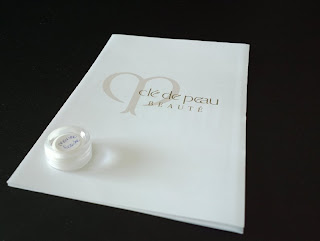 The theme for June Ipsy bag was "On the wild side." Did it capture the theme? I think it did all right, but I think that the postcard could have been more... wild. With that being said, let's take a look at what I got ^_^ 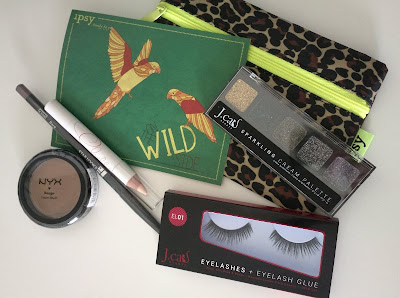 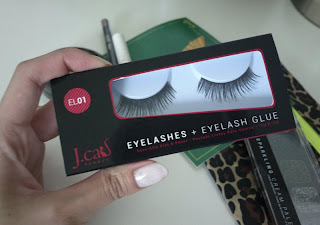 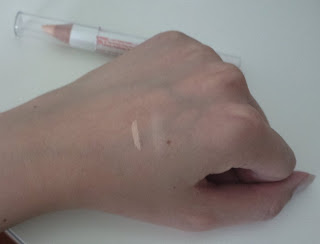 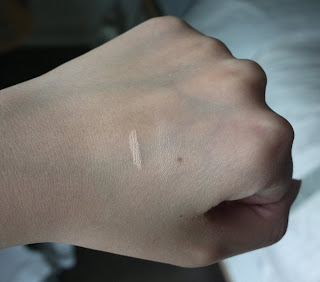 Is anybody else afraid of getting a haircut? After years and years of having hairstylists who don't listen well (ie don't touch my bangs... followed by a 'snips bangs first') I really didn't enjoy going to the salon... but recently, I found an amazing lady whom I think I will stick with and well... be motivated to go get a haircut more often~ Voilà my new haircut~ Yes, I have bangs now, but it was exactly what I wanted ^_^ What do you think? 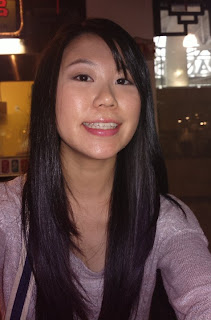 Email ThisBlogThis!Share to TwitterShare to FacebookShare to Pinterest
Labels: Hair

My very first pair of fancy sunglasses, Prada. A present from my father-in-law~ :) 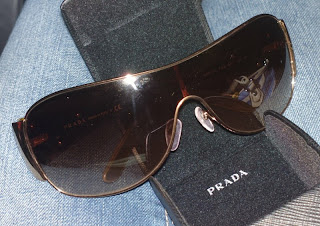 I thought I'd have a little fun, and decided to photograph my pengs wearing it to see how they looked as fancypants... Who do you think wore it best? :)
Happy Tuesday everyone~
Posted by ellaH at 3:36 PM 2 comments:

Email ThisBlogThis!Share to TwitterShare to FacebookShare to Pinterest
Labels: Prada

A couple weeks ago, Neutrogena was giving out free samples, all you had to do was sign up and select the freebies and it will be mailed to you. I finally got mine last week and these were the samples I received: 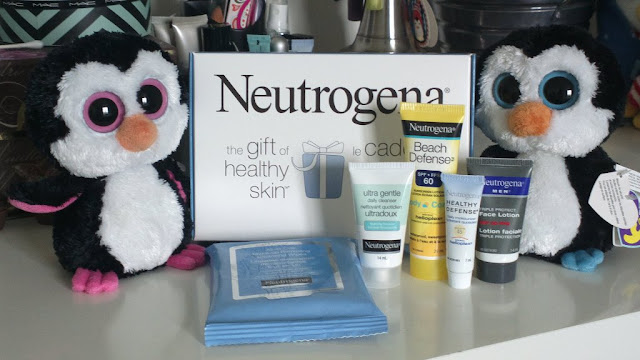 I can't believe the size of the samples and like most people, I felt that this was better than most of the beauty subscription boxes available to Canadian these days. The best past was that it cost nothing. Thank you Neutrogena for the awesome goodies~ ^_^
Posted by ellaH at 3:16 PM No comments: